Of course Grendel Games is a big fan of serious games! But, there are other means to transfer knowledge, to realize a behavioral change or for example to train employees. Think of simulations: an imitation of reality. What is the difference between simulations and serious games? And when are they used? In this article, we will take a detailed look at the two concepts. 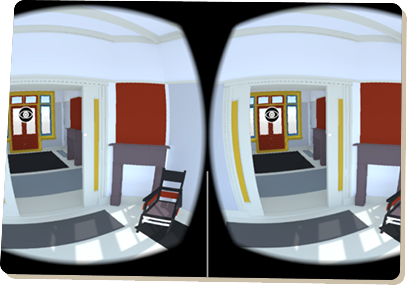 Simulations are nothing more than an imitation of reality. This is often a three-dimensional experience and can also be done with Virtual Reality. The most obvious example is the simulation of an airplane. Think of a trainee pilot doing a flight simulation to learn the tricks of the trade. This is done on a simulator: the device/technique needed to realize a simulation.

We also know simulation games: a genre in computer games in which a world or activity is reproduced. These games try to show reality as accurately as possible. These games are also very suitable for educational purposes. A player’s choice can either have a good or bad result, creating a learning process. In addition, simulations provide a safe environment to practice, without any harmful consequences.

Serious games – also called applied games or gamification – are games with a more important purpose than just entertainment. They are used to:

Serious games are widely used by companies to achieve complex goals. The games are also often used in education, the healthcare sector, within government agencies and for scientific purposes. Serious games make use of an attractive virtual world, exciting characters, rewards, and challenges. This increases customer loyalty and improves knowledge transfer.

This is the meaning of serious games in a nutshell. Would you like a more detailed explanation about serious games? Read this article!

Both simulations and serious games can be used for educational purposes, such as transferring knowledge, learning skills or stimulating behavioral change.

In short, simulations and serious games both have their strengths and weaknesses. But which one do you choose? Let’s answer the questions with a case study.

Simulation or serious game: which one do you choose?

In order to get a better understanding of the choice for a simulation or serious game, we look at project ‘Underground‘, an interesting case in collaboration with the University Medical Center Groningen (UMCG).

Surgeons in training need to practice an average of 200 hours a year to maintain their motor skills. Previously, this was done by having the surgeons practice with a surgical simulation. The hospital had purchased two expensive simulators for this purpose. The UMCG noticed that far too little use was made of the simulator. The 200 practice hours were far from being achieved. However, the UMCG did see that employees played games on their smartphones during their breaks, such as ‘Angry Bird’.

With this in mind, Grendel Games and the UMCG jointly developed the serious game Underground. The game is played with a converted Wii controller: a laparoscopic controller. By playing the game, surgeons in training practice laparoscopic surgery.

The main reason that a serious game was chosen in this case, is because the activity and the environment did not necessarily have to be accurately mimicked in order for surgeons to train their motor skills. The most important thing is to train the right skills and in this scenario, this was also possible with the laparoscopic controller and the serious game ‘Underground’.

There can also be situations where this is necessary. Think of virtual training for pilots. In a flight simulation for pilots in training, it is important that the cockpit is recreated as realistically as possible. Every detail and button is important. A simulation would be the better choice in that case.

Do you want to know more about serious games or simulations? Do you still find it difficult to make a choice? Contact Tim Laning for a talk: