Applied games describe a broad category of computerized games that serve a targeted purpose beyond sheer entertainment. They are designed to educate, inspire and change behaviours. For this reason, applied games are a popular strategy often used by employers, especially in large industry sectors such as healthcare, education and information technology.

Companies around the globe rely on applied games to engage employees when introducing new information or reinforcing long-standing company policies. Using a familiar gaming format, employees may be asked to solve a series of problems that ultimately leads to a solution. At the end, there may be a digital reward, like stars for each question answered correctly and encouraging messages like “You did it, Mark!”

Applied games have broad appeal and can be used in a variety of applications. One advantage of applied games is that the information presented is original and developed specifically to address individual company policies and procedures. Employees are typically provided access through a link in an email or employee portal.

Applied games are not purchased off the shelf in a store – they are developed in collaboration between an applied game developer and company leaders to address a certain topic. To see how the applied gaming development process works from the beginning to end, click here.

Let’s say, for example, a business wants to remind employees about the need to protect sensitive workplace information. An applied game will walk them through the steps, starting with why it is crucial to protect sensitive information and describing how this information can be accessed in a variety of ways, whether it’s stored on a laptop, in a desk drawer or even placed in the trash. The user might then be presented with different scenarios and asked to select the best action that should be taken in that specific instance.

These scenarios seem very real, like they could belong to your co-worker just down the hall. There is nothing cartoonish about applied games. 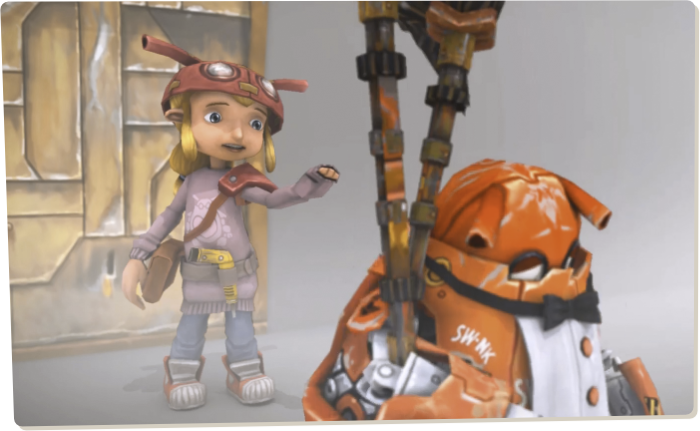 If employees choose the wrong answer, they are gently reminded why that wasn’t the best choice. If they are correct, they receive positive reinforcement.

Applied games can also let workers practice their skills in real time. Our game Underground is a good example of this. In the game, a little girl named Sari has a robot friend called Sw4nk, who is sent to the depths of the underground mines after Sari’s father becomes dissatisfied with him. Undeterred, Sari travels underground and tries to free him. Sari and Sw4nk run into problems in the caves, and only surgeon trainees can help them.

What this applied game ultimately achieves is giving surgeon trainees time to get in their required amount of practice, which they previously weren’t doing when they only had access to expensive simulators in the workplace. Previously purchased expensive simulators proved to ineffective, because the trainees found them to be boring which made it harder for them to take the time and practice. 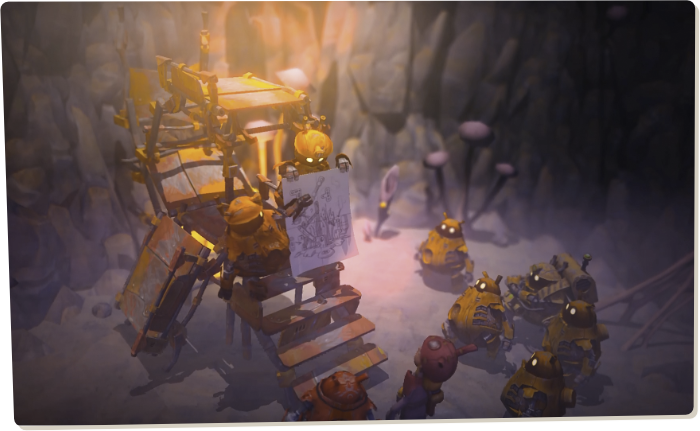 What’s the appeal of applied games?

Instead of sitting in a meeting listening to the boss read off a list of procedures, joining an e-learning class or reading a company memo, employees can log on to an applied game and work their way through a series of challenges. Applied game sequences typically only take 10-15 minutes, making effective use of company time.

Because employees log on, their responses can be recorded and employers can see quickly at a glance who has completed the game sequence and who has yet to do so.

If there is ever any doubt that employee behaviours can’t change, just look at the results from Wii Sports, a game that reached the height of its popularity a few years ago. Wii Sports was designed to get people off the couch and moving in the right direction in a fun, interactive way by requiring players to move along with it. This game ushered in a new era of applied games.

What make applied games so effective?

According to the Entertainment Software Association, 65 percent of American adults play video games, mainly on their smartphone. These are good numbers for company leaders, who already know that their employees enjoy playing games.

When an applied game is properly designed, employees want to participate. They are curious and attentive as they make their way through the different scenarios. They read through all the answers and pick up knowledge along the way. If they enjoyed it, they will discuss their experience and results with co-workers, multiplying the level of engagement.

An applied game isn’t simply a refreshing break and something different to do in the middle of the workday. It is a powerful tool that presents important information in a way that employees will remember it. It optimizes productivity and increases compliance by identifying employees who still need to take the training.

Employees love applied games, because they’re fun and interesting. Entertainment Software Association statistics also show that 79 percent of gamers believe that games provide mental stimulation. Another 78 percent believe games offer relaxation and stress relief. As with most games, playing boosts the level of dopamine in the brain. That’s the “feel-good” chemical that is released with physical activity.

It all starts with a question

“Will this work for me?”

Most company leaders have some sort of challenge they have tried to work out with their employees before. Whether they want to encourage employees to join a walking group at lunchtime or need to reiterate to them how important it is to build a strong password and change it often, a creative concept for an applied game can be developed for the unique needs of the company. 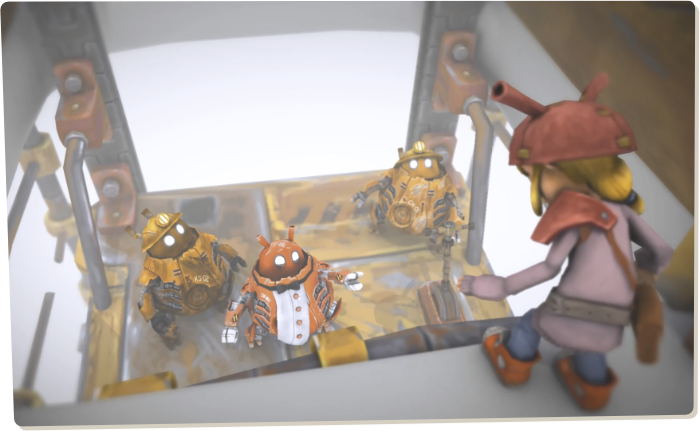 Game developers work as a team with the client, building a prototype, testing it out and then going into final production before the launch and distribution phase.

If you’re ready to learn more about applied and serious games and want to know the differences between them, read our article on serious games terminology.

When are serious games used?

Serious games as a tool for innovation