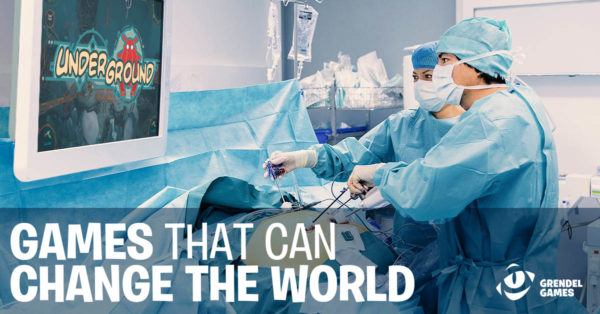 At Grendel Games we are often approached by customers who ask for a gamification of a certain action or a certain product. Some customers do not want gamification but specifically ask for a “serious game” or an “applied game”. But what are the differences? And what fits best with which goal or target group? In order to be able to answer these questions, we delve a little further into the terminology and history of our  creative field of expertise, and we clarify some of the terms which we often encounter in the various media.

Let’s look at some various definitions.

A “serious game” or an “applied game” is a game that is designed with a different primary purpose than mere entertainment.

The adjective “serious” is generally added to indicate that the games are developed for and used by industries and agencies such as defense, education, scientific research, healthcare, emergency management, government planning of public space, mechanical engineering and applications in politics.

Serious games are a sub-genre of “serious storytelling”, in which storytelling is applied outside the context of entertainment, and narration develops as a sequence of patterns that are characterized by choices made and interaction between the narrators and the audience… .and is part of an exercise to arrive at different outcomes.

The serious games genre generally has strong similarities with simulation, such as flight simulation and medical simulations, but explicitly emphasizes the pedagogical value of fun and competition.

An example of a serious game is Gryphon Rider. A game in which children fly on the back of a Gryphon and do rehabilitation exercises.

Gamification is the application of game-design elements and principles from the discipline of game design within a non-game context. Gamification can also be defined as a set of activities and processes to solve problems by applying properties of game elements. Gamification uses game design elements to increase user involvement and improve productivity in for example; work processes, making applications more attractive or improving the ease of use of products.

An example of gamification is greenhabit. An app which teaches the player healthy habits by rewarding small victories.

How did all these definitions and variations originate? Video games have been synonymous with entertainment for years. In 1958, after ten years of interactive development, William Higinbotham developed the game “Tennis for Two” for the entertainment of visitors to his laboratory during an open day. This game ran on a primitive computer and is seen by many as the very first interactive game that could be played on a screen. Eventually this would form the basis for a tennis game that could be played in arcades as well as at home in the form of “Pong”.  At the same time, computer simulations and simulation games were developed with play scenarios specific to defense, where the goal was not so much entertainment, but where knowledge and skills in the field of strategy could be trained and tested. 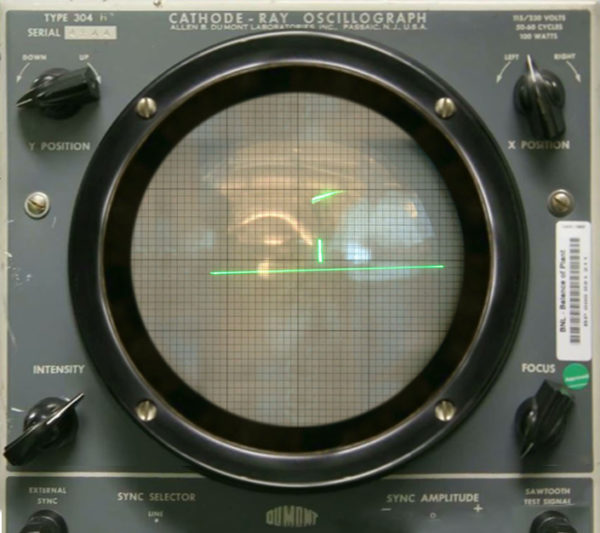 A few decades later, it is impossible to imagine our society without games.  The first home computers became available in the 80’s and 90’s, and schools also started to use games and game technology in the form of game-based learning: games for educational purposes. This should not be confused with edutainment, where mainly multimedia content is added to existing teaching material. Think of film fragments, interactive images and cartoons. Well-known examples of early educational games include the American “The Oregon Trail” and the Dutch “Topography Game“. Whereas in the past games could only be played on heavy and expensive mainframes, the democratization of technology has made this computing power accessible to ordinary consumers. Computers were also introduced in schools, and more and more forms of game-based learning were offered to make education attractive and effective. These new forms of learning also aroused the interest of academics and the first studies into the effectiveness of games as a learning tool were carried out with positive consequences.

The evolution of serious games

These studies showed that playing video games can improve logical thinking and problem-solving ability, eye-hand coordination, spatial awareness, reading skills, pattern recognition, memory, and the analysis of complex problems, among other things. Gradually, more and more games are designed to take advantage of these positive aspects of video games. Business management games and defence simulations are becoming more and more similar to their entertainment counterparts and in the mid-1990s the first so-called serious games were born. Serious games (also called applied games) are games that are specifically developed to allow players to acquire skills and knowledge while playing. The rules that make entertainment video games so successful are further analysed and applied to education. This is where the term “applied games” originates from. Academic studies that further investigate these so-called “game mechanics and game dynamics” and the effects they have on players. Serious games are used to bring about sustainable behavioural change.

Due to the continuing popularity of video games, the age of the average gamer is also rising. With the further democratization of technology through the advent of smartphones and the increasing popularity of casual games (games designed around simple design principles and short-term entertainment such as “Candy Crush”) and social media platforms such as Facebook, the awareness of games is growing enormously among both men and women. Where entertainment games were primarily played by children (and especially boys), the flight of casual games has also reached large groups of adult men and women. In 2012, 30% of the video game players were already female and over 18 years of age.

This success has not escaped the attention of marketing and advertising agencies either. With the decline in popularity and interaction of normal advertising techniques, these parties are jealously looking at the engagement and retention of video games. They use the medium to get more traction from the target group. Simple advertising games in the form of interactive banners are the beginning of the so-called “Advergaming” market. Corporate branding and product placement within existing and popular video games is also growing steadily in the first decade of the new century.

With the enormous amount of information that became available with the internet, it appears to be difficult to attract target groups for longer. App developers and website builders in particular are actively looking at ways to keep the attention of the target group for longer. This is also known as retention. In video games, competition is stimulated by rewarding progress virtually. In multiplayer games, these virtual rewards are also often visible to other players and create a social dynamic in which status can be derived from progressing or exhibiting certain behaviour within a game environment. The rewards are often called “achievements” or “badges”. By equipping apps with similar digital trophies and linking these to the status-sensitivity of social media, “gamification” is created. Gamification is often described as making actions more fun and entertaining by applying the successful features of video games.

The difference between gamification and serious games

Gamification is mainly concerned with elements which are successful in video games, such as getting rewards in the form of “achievements” and “badges”. The theory is that by rewarding people for performing a task, they will have more appreciation for the task, and will feel prouder of the successful performance of the aforementioned task. Good examples of gamification are the badges and achievements that a student can earn by testing knowledge through interactive media. In addition, shortening feedback loops is a very successful tool to respond to a shorter tension curve without having to sacrifice the content of the lesson material. By making the material more attractive in this way, users will have more fun with the learning moment, and will be able to absorb the material more easily.

In serious games however, much more use is made of the power of attractiveness of game theory and video game design in general. Handing out a reward for successfully performing a task is only an instrument from a much wider range of instruments that are used to keep players and users engaged. Games are designed around rules of the game and the cooperative or competitive achievement of objectives. Rules of the game provide a framework that allows the player or user to acquire and continuously test knowledge, using short feedback loops that allow the player or user to evaluate his or her own knowledge and/or skills. Giving a reward for a mundane task is not effective. A reward is only appreciated when the user has actually made an effort for it, which creates a feeling of pride.

This is why we at Grendel Games have a strong preference for serious games instead of gamification. Good rules of the game provide fun, and when playing with pleasure, more knowledge is gained and more skills are trained! 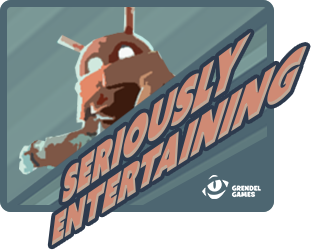 How long does it take to develop a serious game?

How do you choose the right serious game studio?

Gamification in education: how does it work?