Serious game development: what does it take to make it succeed?

A well-executed serious game project can lead to great results. Still, many companies today fail to implement serious gaming solutions. There is more to it than just developing a serious game. The implementation is just as important and that doesn’t always go well. In this article we explain what it takes to make a serious game succeed.

Most probably you have heard the following terms: serious games, applied games or gamification. They are games that are entertaining and compelling, but with the primary aim of transferring knowledge, learning skills or stimulating behavioural changes.

Serious games are already used on a large scale by companies and organizations to achieve complex goals. Globally, we see great projects in which serious games are the success factor. Even though, many also fail. Unfortunately, the recorded failures cost a lot of time and money.

Developing a serious game is not enough

The statement “a good product sells itself” is always a topic of discussion in business. One thing we know for sure: to make a serious game project successful, it takes more than just game development. A distinction can be made between them:

Usually, the development of the game is done well. The game is positively challenging, well constructed and beautifully designed. However, the questions that arise are; how do you make sure the game will be used by the target group? How do you organize your marketing?

In short: after game development, good implementation is just as important. How do you tackle both parts well? 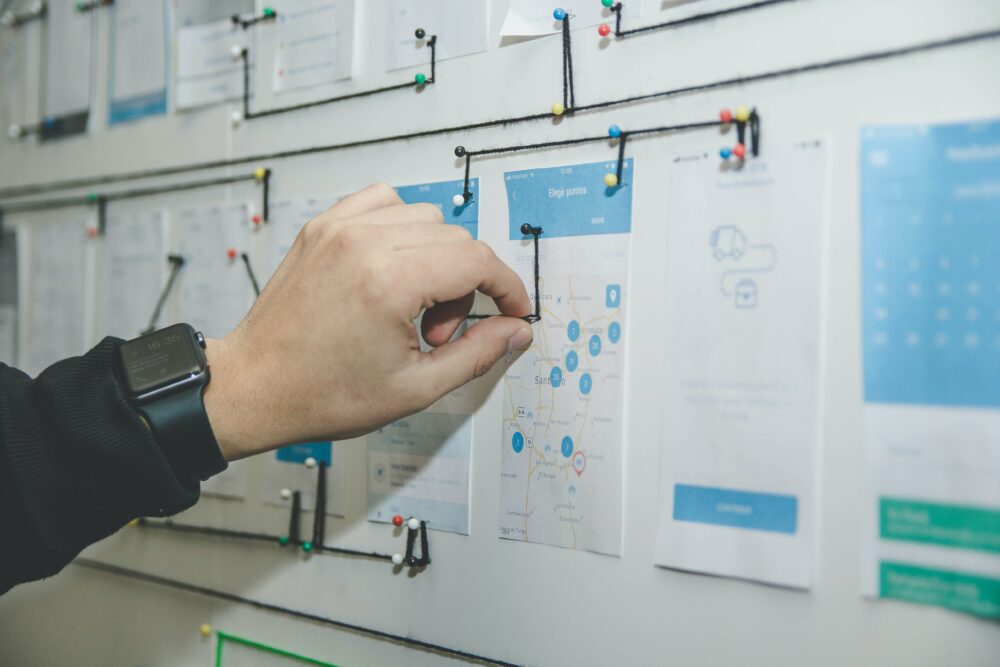 The development of a serious game

The development of a serious game is a real voyage of discovery. It often starts with a challenge or problem.

For example, an organization wants to encourage its employees to exercise during the lunch break. The manager has already tried to set up a walking routine after lunch, but not every employee is onboard. The organization is now looking for creative solutions and is thinking of a serious game.

When this organization knocks on our door, we enter into discussion and determine the conditions for the game. Then we work on a creative concept and prototype. We build, test, build, test … until we come to a final game.

Games have to be seriously entertaining. The more fun a game is, the more involved the players are. A successful game consists of four core elements: interactivity, metaphor, a challenge and reward system, and the social aspect.

Interaction is also referred to as gameplay. Players must perform actions to complete a challenge. The player performs an action in the game and a result follows. Has the right choice been made? Then the challenge is completed and the player receives a reward in the game.

Players must understand why a certain decision is successful or not. The same happens in a simulation for example, pilots in training. The pilot learns to fly an airplane in an interactive way, so that the pilot is well-prepared in a real plane. A serious game or applied game works in the same way. The advantage of serious games is that they are considerably cheaper than a simulator.

Giving maths to primary school children can be done in different ways. The teacher stands in front of the class and explains how to divide and multiply. Explaining the calculation can be done with words and a blackboard, but it becomes a lot more fun (and educational) if it is told using a pie. It’s all about visualization.

In the world of games, the story and the characters in a serious game take care of this visualization. They provide an immersive experience and motivate the player to move on to the next challenge. And the best part: the visualization makes the acquired knowledge linger better and thus the user can learn more effectively.

Challenge and reward refers to progress and feedback. A good game has a progression system that motivates the player to continue playing. This is linked to a skill level. When the user is unable to meet a challenge after multiple attempts, he or she becomes less motivated. Setting the player to a lower skill level makes it easier to complete the challenge.

Rewards are important to keep the player involved. A reward gives the player a feeling of euphoria. For the same reason we give a child a treat for cleaning the room, and the dog gets a treat when he or she sits on command for the first time.

Gaming is more fun in a group. The competitive element gives an extra incentive to get better in the game. If you want to get better, you have to keep playing and learn from the situation. A good example of the competitive element in a serious game is a leaderboard. Isn’t it amazing to see that you have completed the game faster than your colleague? The number 2 on the rankings will undoubtedly make another attempt to set a better time. And the colleague who’s not yet participating in the game thinks: “Hey, bet I can beat you easily?”

The game has been developed and contains all the components to become a great success. The game has also been tested with the target group and scientifically validated. The final adjustments are made and the game is delivered. What a voyage of discovery! And now?

A good implementation is necessary to actually achieve the company objective. When we receive a request for a new project, we move on to phase 2: implementation together with the client after delivery.

This phase involves quite a lot of work. Think about it: 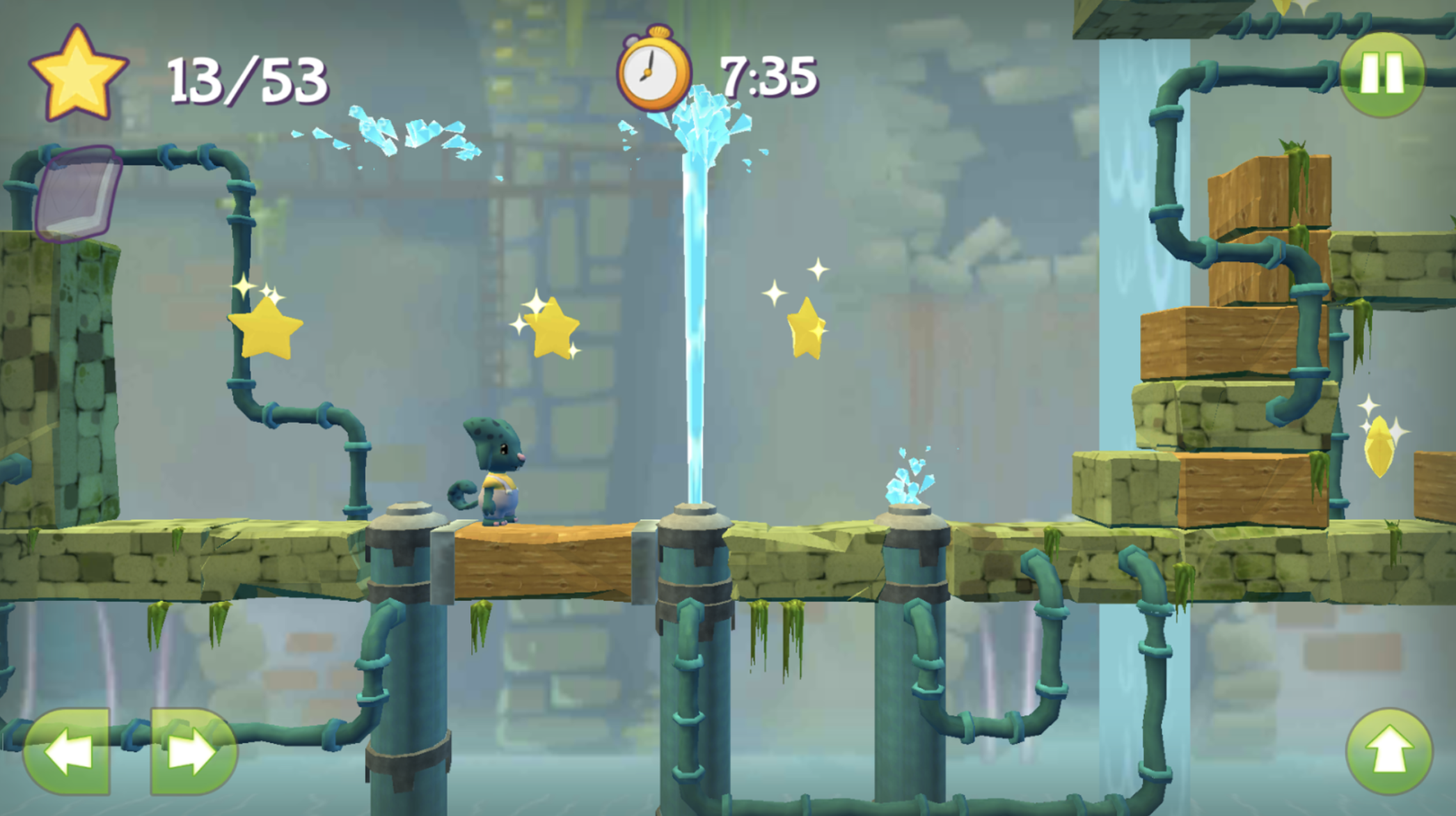 The Water company Vitens came to us with the request to develop a serious game. The objective was clear: the company wanted to save costs and energy by teaching customers to spread their water consumption more widely. From all the creative ideas we developed the ‘Water Battle’.

In the Water Battle game, primary school children take the character, Dewie, as a virtual water creature in the water network of Leeuwarden – a city in The Netherlands. As part of the game, the players ensure that Leeuwarden residents do not all use water at the same time. In the process, the children learn to use water and energy wisely.

After game delivery and validation, Grendel Games started the implementation. An implementation plan is necessary to make a serious game successful. Obviously, your target group needs to know your game exists and may have questions on how to play it. For implementation success, the following aspects were considered with the Water Battle:

This is just a summary of the activities needed to successfully carry out a serious game project. Deploying a serious game for your organization is a journey. A puzzle that fits together perfectly from the first to the last piece of the puzzle.

Together with the client we discover what this puzzle looks like. And together we put the puzzle together: from problem to final game. From scientific validation to marketing and distribution.

Ready to put your puzzle together? Contact Tim Laning for a conversation to discuss your problem:

When are serious games used?