4th of August 2016 – The Games Europe Plays is a series of exhibitions, events and talks, meant to be a showcase of the best of EU gaming. The exhibition is part of Nesta’s FutureFest and is supported by the British Council and Arts Council England as part of the London Games Festival Fringe official programme.

Grendel Games has been asked to take part in the ‘body>data>space’-exhibition, brought together by curator Ghislain Boddington. This exhibition takes place at the Finnish Institute at the University of Greenwich (United Kingdom) with the aid of the Czech Centre, and will last until August 26th. Projects and art pieces that can be seen and experienced vary from interactive game installations that can be controlled with the entire body to applications running on PCs and tablets. 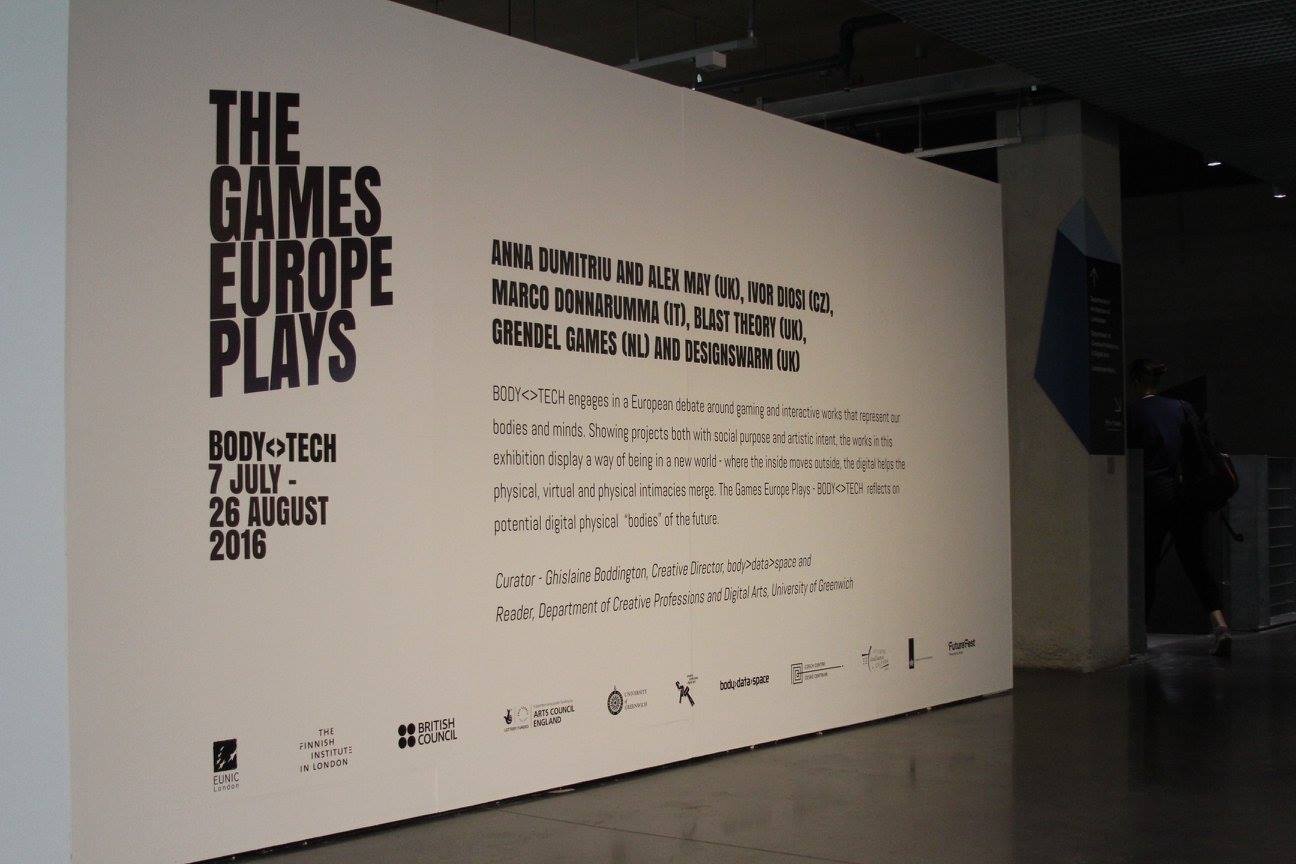 Like the other participants represented at the exhibition (among them Blast Theory, Ivor Diosi, DesignSwarm, Anna Dumitriu and Alex May) we show a project that has a strong connection to the human body. Gryphon Rider is a game that uses direct physical input by the player to help them rehabilitate. The game has been developed in close cooperation with rehabilitation experts to aid children with acquired brain damage in rehabilitation in their own homes in an entertaining manner, without sacrificing any quality in care.

Physiotherapists can monitor children’s progress from a distance and guide their patients in real-time. During game play, data about the rehabilitation process is collated. Insight is provided into the process to the patient, his or her parents/caretakers and the therapist through a comprehensive back-end.

Tim lectures during the opening of the exhibition

Grendel Games was represented  during the opening of the exhibition by both Tim Laning and Simone Rommets. During the conference they spoke with a crowd of policy makers in healthcare, artists, game developers, journalists, students and representatives of various governmental bodies.

Tim: “We were invited to give a presentation about our contribution to the exhibition. Various discussions and conversations afterwards led to an invitation to come speak at Futurefest in London later this year.” 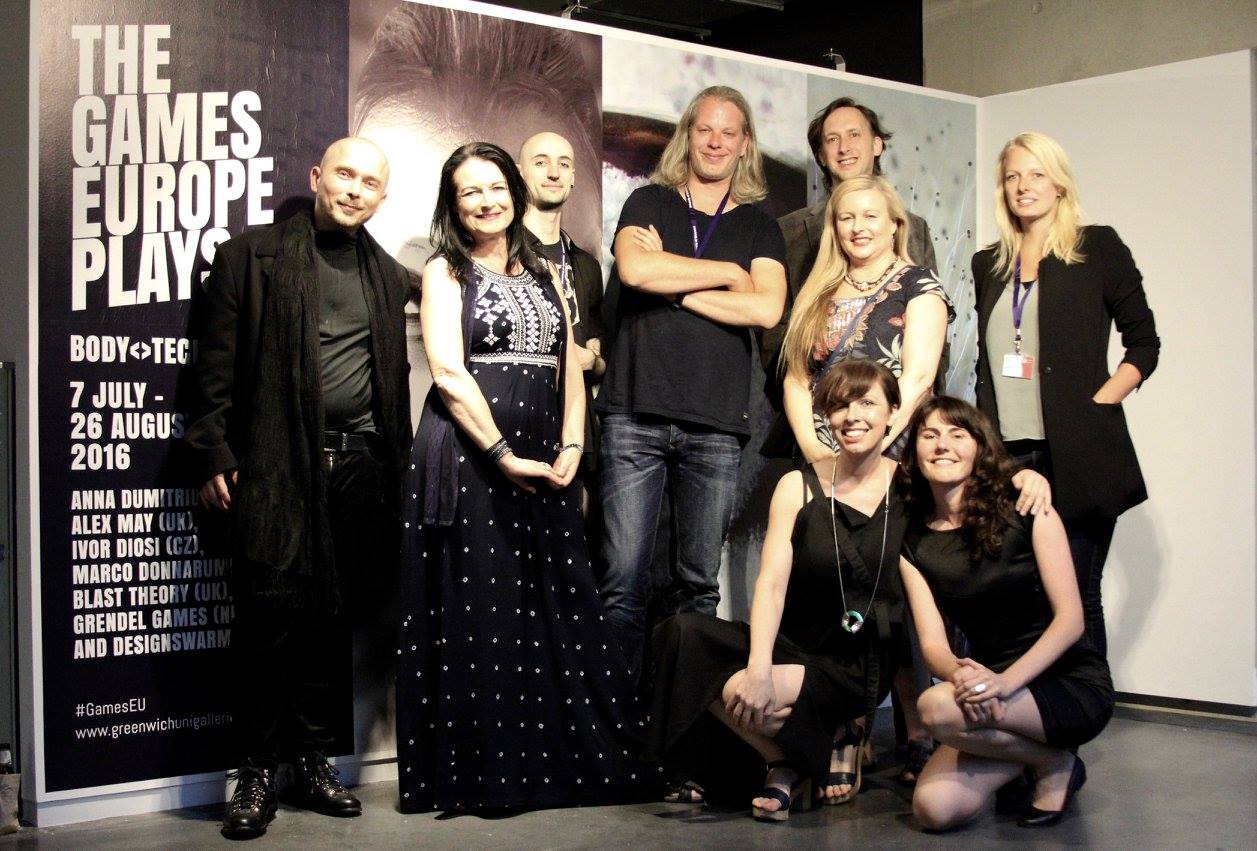 The exhibition is a sub-event of Nesta’s FutureFest and part of the London Games Week Fringe Programme, made possible by The British Council and Arts Council England.

More information on the exhibit: www.greenwichunigalleries.co.uk/the-games-europe-plays-bodytech/.