Skip to content
Back to overview
Home / What’s new?/Getting started with motion capture...
In depth

Motion Capture is Recording real-life movements from actors and converting them into hyper-realistic 3D animations. Although this technique has been used for over 20 years in the film, animation and later the game industry, it has now made a boost in its regular usage. Over the past years, it has become much easier to record these animations yourself with the arrival of the Kinect for example. You can even do facial tracking with your own smartphone. As seen on Instagram and Snapchat filters. Although these are interesting techniques, these animations are usually not of the best quality. High-quality motion capture animations are best captured in a professional studio.

Our very own motion capture studio

That’s why we are very excited to announce that our own motion capture studio here in Leeuwarden, is finally up and running. From now on, we can put on the skin-tight, white dotted motion capture suits ourselves and record real-time animations to implement in our games. We would like to give you an overview of what you can achieve with Motion Capture animation and our personal experiences during the setup of the studio. 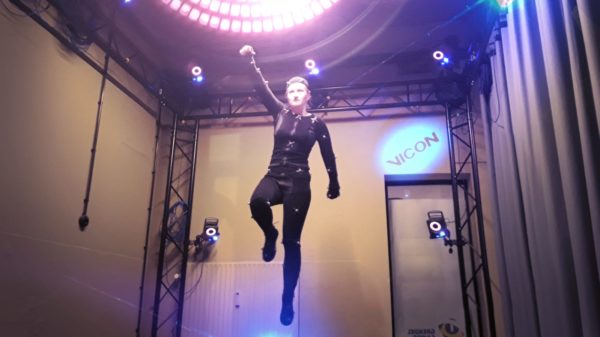 About the motion capture studio

The Motion Capture studio was previously located in another room in the Blokhuispoort (the building where our office is also located) in Leeuwarden. Together with NHL Stenden, the owner of all the equipment, we decided to breathe new life into the studio by setting it up in our office and helping with the operation of the equipment. It is currently set up in our former test room. We are often looking for students or organizations who would like to work with us to create and experiment with Motion Capture. If you are interested, we would love to hear from you!

What do you need to record animations? The studio has 16 cameras, which are arranged in a specific spatial setup in the room. So, what is necessary for recording animations? Roughly sketched, we have 12 cameras hanging at the top edge of the installation and 4 cameras hanging at waist height to record the legs and feet. We are using the Vicon Vantage camera set with their matching software Blade. 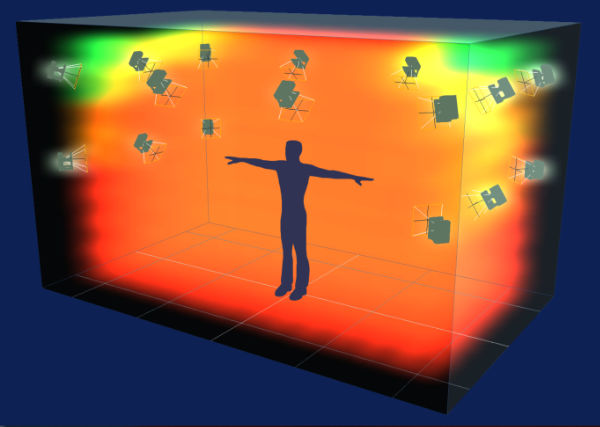 The cameras do not record image views, but only light reflections. That is why the actors who will record the animations, wear black Velcro suits with reflective markers spread across their bodies. The camera will only record the movements of the markers and the software will recognize them as a human skeleton. We place the markers on the body where a lot of movement happens, like the elbows or the knees. The software is sensitive, and it is easy to make mistakes, so to make it work you will have to follow Vicon’s setup of the cameras and marker placement on the suit.

What happens during a motion capture session?

We have been through a lot of experimenting and try-outs before we came to a satisfying point. I took some time to figure out all the technical aspects of the Mocap workflow. I scrolled a lot through the giant database of Vicon manuals. Eventually, I summarized the workflow into an easy-to-follow manual, which everyone here can use in the future.

Let’s give an overview of what we do during a recording session.

It is important to calibrate the cameras. In the 3D viewport of Blade, all cameras should aim and stand the exact way they do in real life. Also, make sure they capture no other light than the reflective markers on the actor’s suit. Bad calibration and good calibration.

The actor’s markers will appear on the screen as he or she walks around the studio. We let the actor do a so-called “Range of Motions.” (ROM) He or she will exercise all extreme rotations of the body. See this as a small workout with spinning arms, bending back and forth and kicking the feet. This is so that Blade recognizes the markers as body parts and knows what the movement limits of the actor are. 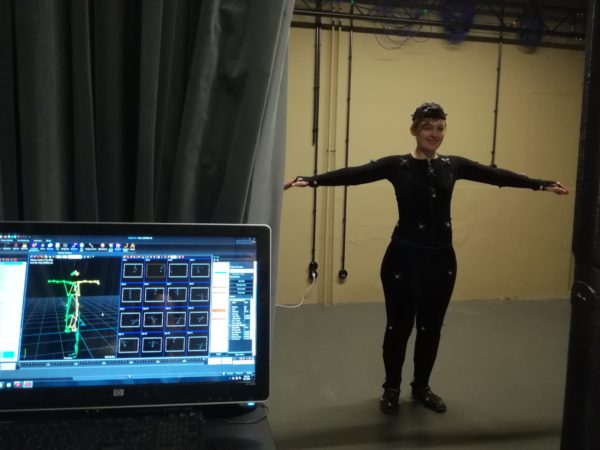 Before recording animations, sticks will connect the markers on the actor. The actor becomes a simplified 3D skeleton on screen and the sticks are the “bones” of the skeleton. We will label the reflective markers on the suit, as captured in step 2, with matching body parts, like Left Inner Elbow or Clavicle. (Abbreviated to LIE or CLAV) 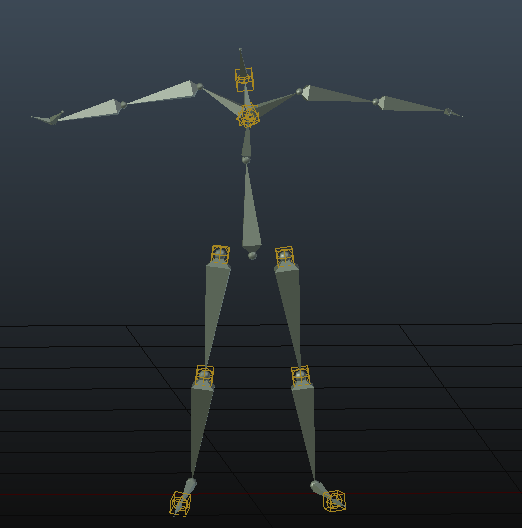 During the Range of Motion recording, it will occur that markers disappear during an extreme pose, because the cameras only record light reflections. For example, if the actor bends forward, the markers on the chest will automatically disappear, because the cameras above him/her cannot see them any more. This will create gaps in the 3D skeleton, which need to be filled. The cleaning is telling the software “marker without a name” belongs to for example “LIE” or “CLAV” The better the ROM is done, the less painful it is when doing this all manually.  Meanwhile, the actor must keep wearing the suit for the best results.

Recording the game animations is fortunately the easiest and the most fun part. The actor can drive the 3D skeleton now in real-time. This means that the 3D skeleton will instantly copy every move he/she makes in the studio. The actor starts and ends in T-pose, (arms straight wide) Press “Play” and Let the actor perform that awesome ninja kick. Press “Stop” and now it’s time to clean the mislabelled markers again.

Bring the game-character to life!

This character also has a skeleton that can be posed and animated. We need this skeleton to copy the animation of Blade’s motion capture skeleton and make sure it relates each bone of each skeleton. Connecting the two hip bones together, then the leg bones, going through the entire skeleton.

On the Mocap skeleton, we are setting up a handy system that lets us manually rotate and fix the skeleton bones. This is for fixing little bugs like odd rotations like below. After that, we will bake the Mocap animation onto the character skeleton and tweak it until it is game-ready and perfect.

Wrap Up on motion capture games

So, motion capture is a very useful technique for 3D animation, and we really enjoy using it. It requires a lot of experimenting and patience, but it will have a satisfying result.