Skip to content
Back to overview
Home / What’s new?/Climate adaptation and serious games
In depth

We are busy devising and implementing plans to combat climate change, and that is important. Yet, we must also adapt to changing climate. Because it will be noticeable. In fact, we’re already experiencing it. Think of the 2018 summer in The Netherlands: the warmest summer in over three centuries. Adapting to the new climate is called ‘climate adaptation’. In this article, we explain climate adaptation and show through a case how serious games can help us become climate-proof. 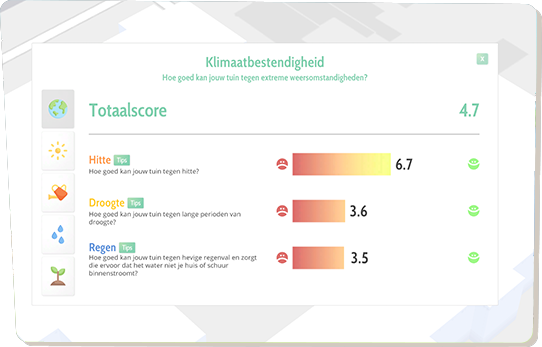 Combating climate change is of course the most important step, but not the only one. At the moment we already notice that the climate is becoming more extreme. Warmer summers, heavy rainfalls and prolonged droughts. Through climate adaptation, we can make the necessary adjustments with the extreme weather conditions already being experienced.

From climate adaptation to climate-proofing

The goal of climate adaptation is to become climate-proof. This means that a country is designed to be able to live in and with the new climate. Four themes need to be worked on:

At the societal level, work is being done to become climate-proof(er). Challenges such as flood protection and heat stress are mainly reserved for government agencies. On the other hand, flooding and drought can (partially) be dealt with by citizens. For example, can your garden handle three days of heavy rainfall? If not: do you have an idea what you can do to adapt your garden?

As we described in the first article on climate change, serious games can help to create awareness and transfer knowledge. This is also seen in the field of climate adaptation. Often there is a lack of motivation or energy to make your garden climate-proof. This is where games can provide added value. A game can provide a fun way to get started.

We like to spend time in the garden. Not only to relax but also to maintain it. The Garden Monitor 2019 (source is in Dutch) showed that a quarter of those surveyed spends at least 1 day a week on garden maintenance. Almost half said they spend at least 2 to 4 hours a week working on the garden anyway. In that time we make sure the garden looks neat and contains the components needed for a nice garden.

The reason Grendel Games has developed the ‘Garden Battle’ is so that people gain more knowledge about climate adaptation in their garden and take this knowledge into the weekly 2-8 hours of gardening. The game is used by cities to challenge their residents to work collectively on a climate-proof garden. Residents step into a virtual version of their city where all streets and houses are shown as building blocks. There they can look up their homes and claim their garden to get started.

In the Garden Battle, you will redesign your garden to make it as climate-proof as possible. You are free to design your garden the way you want. Will you make a terrace of garden tiles, wood or gravel? Which plants or shrubs do you prefer? 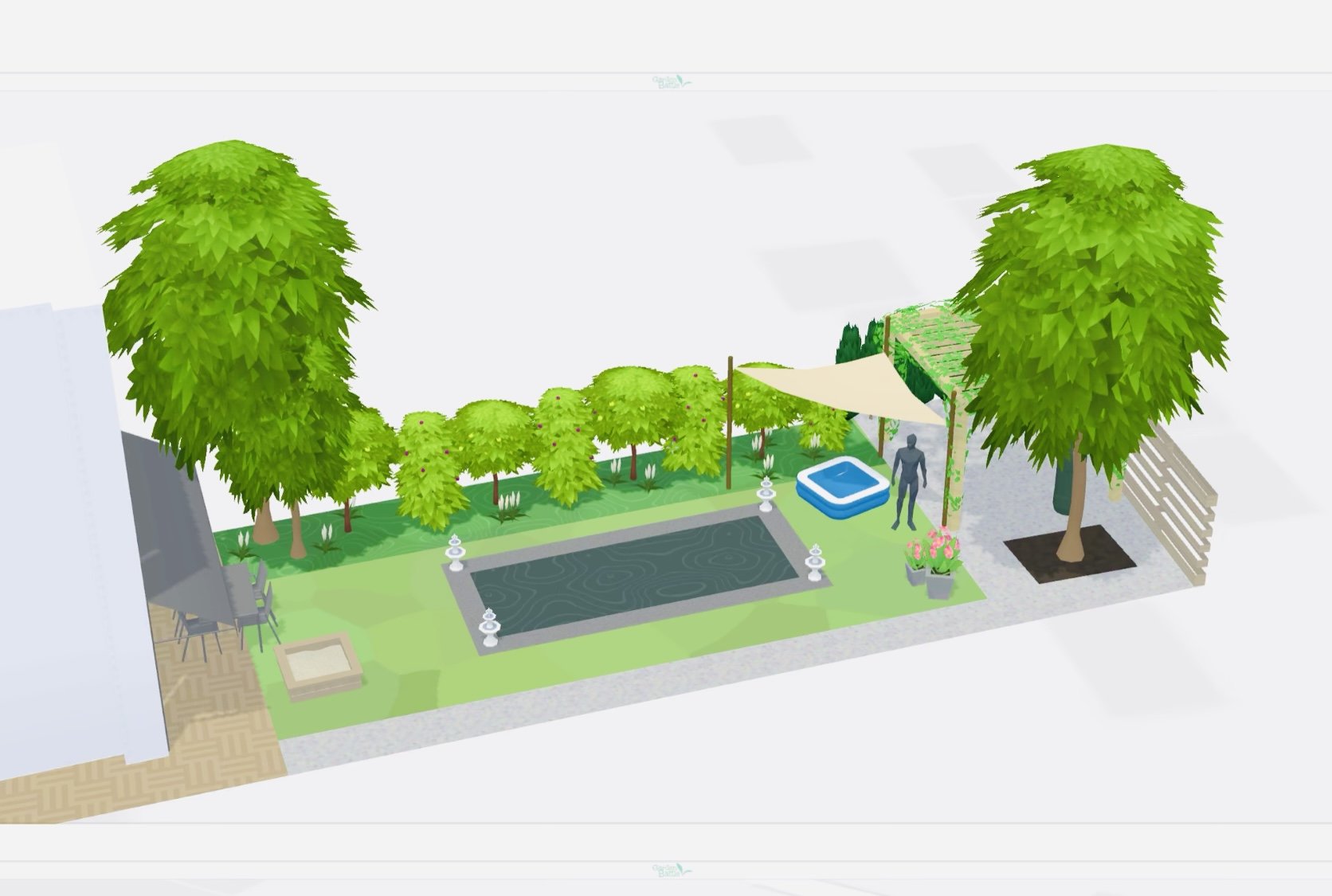 As you design your garden according to your wishes, the game gives you scores for heat, drought and flood resistance. As you can see in the image below, that garden scores a 4.7 out of 10. Especially long periods of drought or heavy rainfall will be a problem. By clicking on “tips,” the garden owner gets an explanation of why a particular point is important and how he or she can make adjustments to increase the score.

Would you like to know more about serious games as a tool for climate adaptation or about the Garden Battle game? Please contact Tim Laning for an appointment: