With this we have won the Best Serious Game award for the fourth time: previously we received awards for the two rehabilitation games Gryphon Rider and Body Posture and for the surgical training game Underground. Wijk & Water Battle also received a nomination in the Best Technical Achievement category. 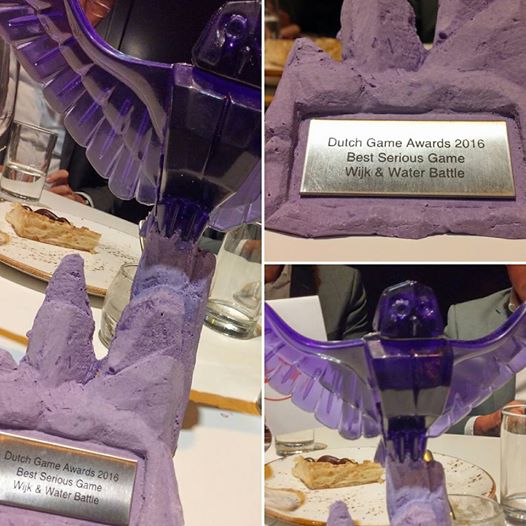 We developed the Wijk & Water Battle game for water company Vitens. The game, that was supported during development by the province of Fryslân, stimulates behavioral change regarding water usage. 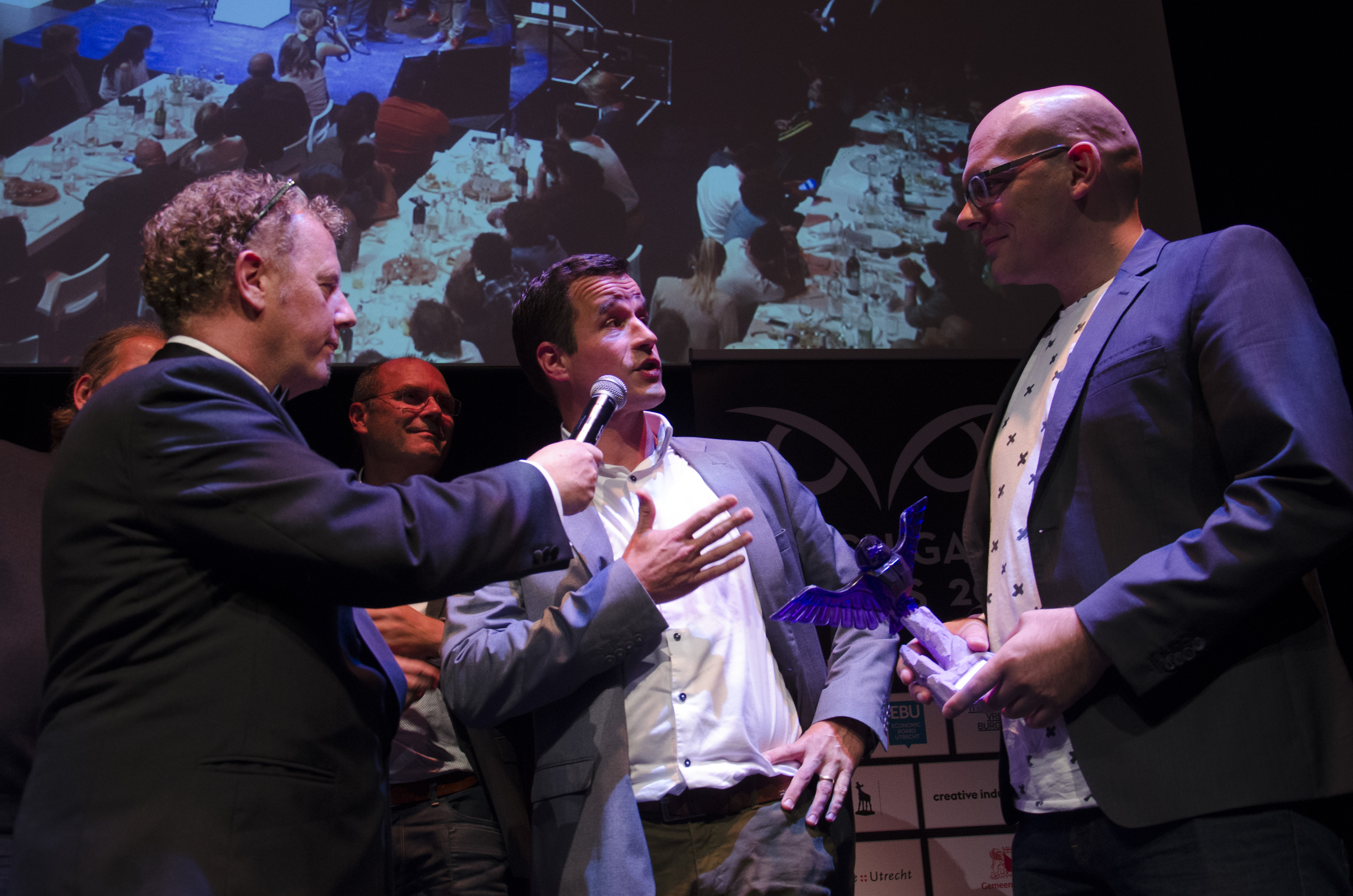 The professional jury deemed the project Wijk & Water Battle to be particularly innovative and saw it as the first successful combination between the ‘internet of things’ and videogames. The project was supported by Microsoft Netherlands, that among other things provided mobile phones for the participating students. Contributions to the realization of the project were also made by the graphical design company Statuur and communications agency IkbenWini.

In September of last year, the districts Aldlân and Camminghaburen in Leeuwarden entered into a competition to reduce peak load on the city’s water network. By integrating a video game and an accompanying app into an educational program for primary schools, both schoolchildren and residents were able to better distribute their water usage throughout the day. This pilot project supplied the evidence that serious gaming establishes a change in behavior. As such, a continuation of the pilot project is currently underway.

You can read the full case on Wijk & Water Battle here.