19th of July 2017 – This year we (Erwin, Aurelia and Alexander) went to Amsterdam to attend Unite 2017. Last year we also went to this fantastic event. Unite is an event from Unity with lectures, workshops, one-on-one conversations with Unity developers, etc.

This year, Unity’s roadmap was very interesting, they not only show you what has already been improved, they also show what they want with Unity. Unity continues to focus on VR, but is also working on Cinematic tools and is getting many performance improvements. 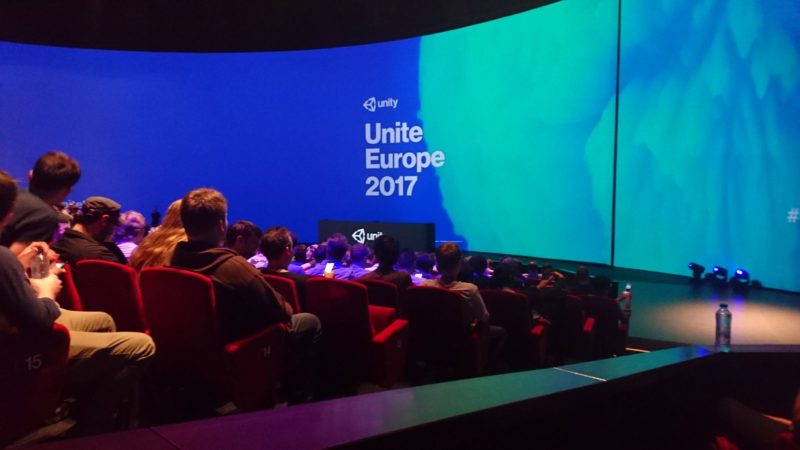 Besides Unite being very informative, they also make sure you’re entertained in between lectures. There are companies that demonstrate their games and Unity-developers which you can speak to. Lastly, I shouldn’t forget to tell you about the food! You’re always well catered for during Unite, they had many foodtrucks with the most delicious food and drinks.

This year, Erwin, Aurelia and I learned a lot. We can use a lot of the acquired information during the development of our future products. So, stay tuned!