The history of Grendel Games goes back to the 1980s, the decade when the first monsters began to stir within Grendel’s founders Tim and Jan-Jaap. Read how playing hooky, seriously analysing games and endless experimentation with technology led to the establishment of a successful company.

Tim, one of the founders and co-owners of Grendel Games, was 13 years old and the arcade near the school exerted a magical attraction on him. While his classmates managed to get through school lugging around heavy backpacks full of books, Tim was fascinated by the nearby gaming arcade and became enthralled in the world of Terminator 2 and Paperboy. Yes, indeed, these are the same machines that are now cherished as icons at the Grendel Games studio.

It did not take long for Tim’s parents to hear about his truancy. What was Tim doing during all those hours that he was not attending classes at school? Was he hanging out on street corners? Was he taking drugs? The answer could be found in a pile of notebooks in his backpack: while the rest of his class was filling their notebooks with algebraic formulae and history facts, Tim used his to take notes about the games he was playing. When his parents fished his notebooks out of his bag, it became clear that he had minutely studied and described the games at the arcade in his notebook. 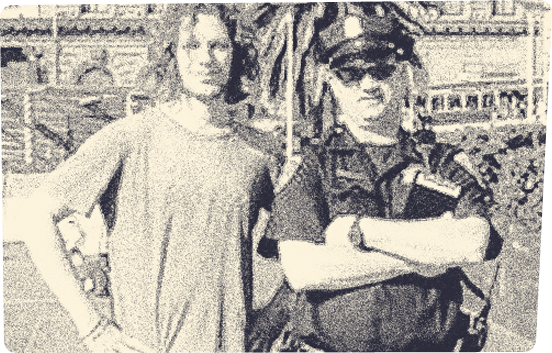 Tim in the US
Commodore 64 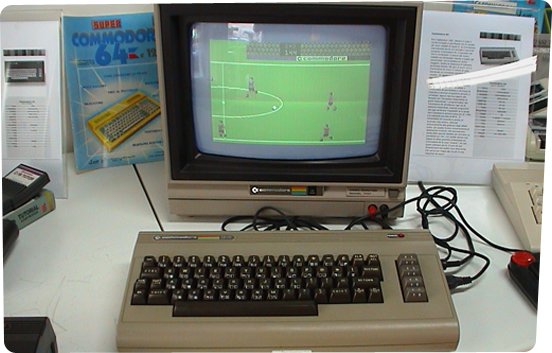 Commodore 64 awakens the monster in Jan-Jaap

At around the same time, Jan-Jaap, co-owner of Grendel Games, was still in primary school and the game monster in him was awakened by the latest family purchase: a Commodore 64. This well-known home computer owes its name to the working memory which comprises at least – here it comes – 64 kB.

Jan-Jaap was immediately enthralled by the Commodore 64. Playing games quickly evolved into programming and independently building parts for the computer. However, when Jan-Jaap reached secondary-school age, the game monster not only ate all his time, but also his pocket money. He bought numerous books about creating games and spent countless hours writing, sketching and trying out everything within reach on the family’s computers, which had in the meantime been upgraded.

The student and the game company

Of course it was more than logical for Jan-Jaap to study information science at a university of applied technology. Time and again, he was able to get his lecturers to somehow incorporate the topic of games into every new assignment. During the last year of his studies, he met Tim, who was visiting the school to give a lecture about games. In the meantime, Tim had started a game company and was involved in establishing a study programme in games at the NHL university of applied sciences in Leeuwarden.

When Tim started his company he named it Advanced Game Design. However, this changed on account of the company’s summer activities. During the summer, bedroom/head office of the company was transported to the house of Tim’s parents – which was located in the midst of nature. This location was very inspirational and gave the men, both literally and figuratively, more room for collaboration. They spent days brainstorming, sketching and programming – and decided to choose a new name for their company that would appeal more to the imagination. As it turned out, the house of Tim’s parents stood on the banks of a lake; just like the lake that is the setting of Beowulf, one of Tim’s favourite books. One of the main characters in Beowulf is a monster called Grendel – and so the name Grendel Games was born in 1999. Three years later Grendel Games was officially registered with the Chamber of Commerce.

The intern and the game company

Jan-Jaap had not forgotten the lecture delivered by Tim and applied for an internship at Tim’s company in 2003, for which he was hired. On his very first day as an intern, Jan-Jaap discovered that the company he was working for was established at Tim’s student digs. Apart from the fact that the facilities at this office were rather simple, this was nevertheless the internship of Jan-Jaap’s wildest dreams: spending all your time with co-fanatics on the development of games. After Jan-Jaap completed his internship and rounded off his studies, he was officially employed by Grendel Games.

Because Jan-Jaap and Tim wanted to further develop the game industry in the northern part of the Netherlands, and Grendel Games did not have the earning power it has today, they both taught game design at the CMD study programme offered by the NHL, the Noordelijke Hogeschool Leeuwarden.

In 2005 Jan-Jaap became an official partner at Grendel Games. The activities of Grendel Games were expanded with the development of simulation applications, including the Virtual Reality Engine Room simulator for the Willem Barentsz Maritime Institute on the island of Terschelling, and the first serious games. In addition to this, the company spent a large portion of its time on the development of entertainment games for the Xbox Live Arcade and Nintendo Wii.

With the money they earned making serious games, Tim and Jan-Jaap were able to rent their first office at Voorstreek in Leeuwarden, and also hire their first employee. Thanks to the financing they received by Rabobank and the Noordelijke Ontwikkelings Maatschappij (NOM), they were able to focus on the development of various entertainment games, including Slave to the Blade and Diatomic. Grendel Games also developed Wii Sports Fryslân during this period.

In 2008 Grendel Games moved into De Blokhuispoort. A renovation transformed the former jail into a creative hub. The move presented Grendel Games with studio space in an inspirational, historic location. Grendel Games created a number of games intended to stimulate the rehabilitation of military personnel for the Amsterdam-based company Motek Medical. In this period, the company also developed Wii Sports Fryslân and Underground.

After working at the NHL university of applied sciences alongside their jobs at Grendel Games, Jan-Jaap and Tim decided in 2008 to stop teaching and to dedicate themselves full-time to their company. In 2013 Grendel Games entered a new professionalization phase through the sale of shares in the company to De Friesland Zorgverzekeraar and Hanzepoort B.V. This resulted in the company changing its legal status from a partnership firm (VOF) to a private limited company (BV).

Monster Story
We use a few functional cookies for optimization; these do not collect personal data. Do you allow us to also place marketing cookies by Facebook, AdWords and LinkedIn, that personalize ads? Allow all cookiesNecessary cookie onlyRead more
Revoke cookie consent